Grooming Habits Throughout The World

Beach season is finally here. But how do you prime yourself for sporting that bikini? Strangely enough, it really depends on where you’re from. In the United States, most women prefer to either trim their bikini line or get rid of it all with a Brazilian wax. European women prefer to go au naturel. Another deciding factor for personal grooming habits is how hairy you actually are – hairier women generally prefer to wax everything or opt for laser hair removal, while less hairy women can get away with shaving once a week or not shaving at all.

Even some Indian faiths, such as the Sikh religion, do not permit any sort of personal grooming or cutting of the hair.

For example, Nita Borthakur, a software developer from New Delhi, India, prefers to wax her body, but leave her bikini region au naturel. This is a very common practice in India. Even some Indian faiths, such as the Sikh religion, do not permit any sort of personal grooming or cutting of the hair. Audrey Vallon, a waitress in Orleans, France, on the other hand, prefers to wax her bikini region almost entirely, leaving only a “landing strip” of hair behind. This fad has caught on recently in France and is now considered the most fashionable way to keep yourself groomed.

Hair Removal Around the World

Still not sure where your personal grooming habits fit in? Let’s look at more hair removal practices found around the world:

In Japan, most women prefer to only shave their legs and underarms, while leaving their bikini region au naturel. Japanese women also prefer to remove hair from around their face by either shaving or waxing. IPL laser hair removal treatments, which are hard to find in the United States, are very popular in Japan. This revolutionary new treatment works by using an intense burst of light which causes the hair follicle to stop producing hair. The procedure is relatively painless and after multiple treatments the results are permanent. 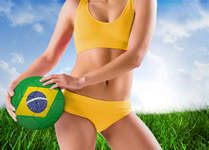 Contrary to popular belief, the Brazilian wax didn’t originate from Brazil – it’s actually American. It’s definitely not as popular in Brazil, either. The most popular personal grooming style is to leave a landing strip of hair, much like in France. How much hair you want waxed off determines the price. If you do choose to go “Brazilian” in Brazil, they generally remove a lot more hair than just in your bikini region — they also wax your inner thighs, too. That’s definitely different from an American Brazilian wax!

In Germany, most women shave their legs, underarms, and bikini region. It’s very popular to be smooth and hair-free, like in the United States. Women who don’t shave are generally considered to be “alternative.” While waxing isn’t as common, laser hair removal is very popular because it’s the most effective, efficient and permanent way to remove unwanted hair. 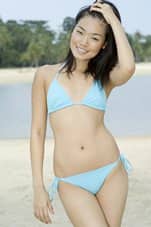 A lot of Chinese women don’t shave their armpits, legs or bikini region. This is because most Chinese women aren’t actually very hairy, so they can get away without shaving. Because China isn’t completely westernized, their notions of beauty differ vastly than American ones. Body hair is considered completely natural and acceptable in their culture.

You should never feel ashamed about your own personal grooming habits — remember, you should do what works best for you, not what’s necessarily popular.

Personal grooming habits, especially when it comes to the bikini region, differ greatly around the world. You should never feel ashamed about your own personal grooming habits — remember, you should do what works best for you, not what’s necessarily popular. If you’re not very hairy, then why bother shaving? Or, if you are hairy, and find it to be a nuisance, then why not opt for laser hair removal or electrolysis? Whatever you decide is best for you, there are several different grooming styles, like Brazilian or maintaining a landing strip, to choose from as well as different methods, like shaving, waxing, laser hair removal, and electrolysis.

Need help deciding which hair removal method is right for you? Contact LaserAway. We believe in using only the most cutting-edge laser technology and techniques to make your medical spa experience enjoyable. You’ve got nothing to lose but unwanted hair. If you would like to learn more about LaserAway’s laser hair removal services or schedule a free, no-obligation consultation, please email us at LaserAway.com or call us at (888) 965-2737.