The latest updates on our reopening process in response to COVID-19. LEARN MORE 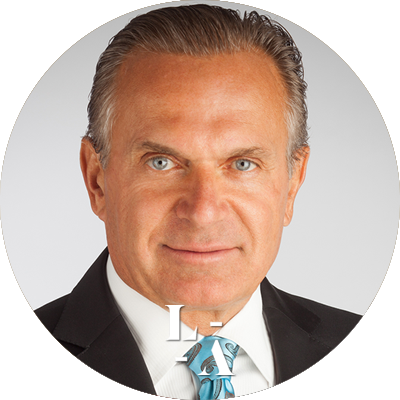 Dr. Andrew Ordon co-founded LaserAway in 2005.  He is an Emmy ® -nominated co-host of the Emmy® award-winning talk show The Doctors.  For over three decades, Dr. Ordon has been an acclaimed surgeon in the private practice of aesthetic, plastic and reconstructive surgery in Beverly Hills and Rancho Mirage, California and previously in New York City. He continues to practice full time and is consistently, recognized as a TOP DOCTOR by Castle-Connolly.  He also serves as Associate Professor of Plastic Surgery and Co-Director of the Aesthetic Surgery Fellowship at KECK/USC School of Medicine as well as a member of the board of directors of The Los Angeles Society of Plastic Surgeons.

Dr. Ordon is a Phi Beta Kappa graduate of the University of California at Irvine, where he graduated with high honors in biological sciences and was the recipient of a National Science Grant for his research in neurophysiology. He then received his medical degree from the USC School of Medicine with honors in medicine. He completed his general surgery training at USC/Los Angeles County Medical Center, followed by a residency program in head and neck surgery at White Memorial/Loma Linda University. Dr. Ordon then completed a second residency training program in plastic and reconstructive surgery at the prestigious Lenox Hill Hospital/Manhattan Eye and Ear Infirmary Program in New York City. Affiliated with Cornell University and New York University, this program is recognized as one of the oldest and most renowned centers for aesthetic, plastic and reconstructive surgery in the world. He also completed fellowships in Aesthetic and Breast Surgery with Kurt J. Wagner, M.D. at the Beverly Hills Medical Center and Oncologic Head and Neck Surgery with Irv Rappaport, M.D. at Western Medical Center, University of California, Irvine.

One of Dr. Ordon’s proudest accomplishments has been his role as a founding member of the Surgical Friends Foundation (www.SurgicalFriends.org) comprised of a group of doctors who offer complimentary reconstructive surgery to people in the US and abroad who cannot afford medical treatment. Many of these patients suffer from birth defects, physical abuse and burns, among other adverse conditions. He has traveled to Haiti on three occasions to help in medical relief efforts following the devastating earthquake in 2010. In addition, Dr. Ordon has performed cleft lip and palate repairs in such places as India on behalf of Smile Train, which provides free cleft surgery to hundreds of thousands of poor children in developing countries.

Dr. Ordon has been featured on television shows and networks including Dr.Phil, Rachael Ray, 20/20,Insider, Entertainment Tonight, 48 Hours, BBC News, CNN, NBC News, FOX News, Home and Family, and ABC News.  He has been quoted in such publications as Allure, Mademoiselle, Redbook, Glamour, Reader’s Digest, USA TODAY and Prevention Magazine.  Dr. Ordon is also the author of “Revealing the New You, A Guide to Plastic Surgery,” “Everything You Always Wanted to Know About Plastic Surgery,” and most recently “Better in 7: The Ultimate 7-Day Guide to a BetterYou.” He also contributed to one of the most respected textbooks in the field of plastic surgery, “Facial Aesthetic Plastic Surgery.”  He received a Star on the Palm Springs Walk of Fame for his contributions as a TV host, surgeon, and philanthropist.